After a couple of months I went back to Vámosszabadi refugee camp with our study group (Ready, Study, Go!). I was excited because I made friends there with some asylum seekers beforehand (when I was going there with another volunteering group which was called Karaván). I was anxious because I went with a group I didn’t know well – yet. I was tired because I was in Bicske (another refugee camp) the previous day and I was worried because I knew we are going only as a one-time thing.

But we went and it was truly amazing. 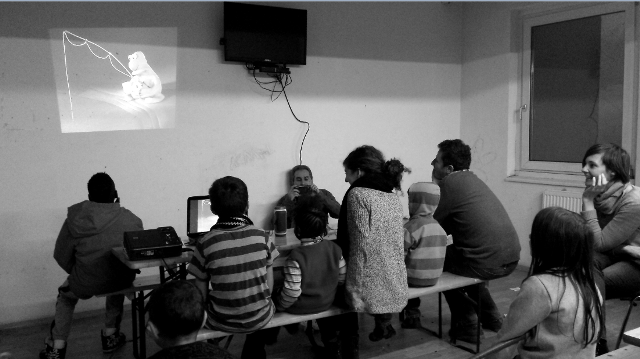 I saw again some of the asylum seekers who were there in the spring. Going to a refugee camp and seeing familiar faces is something I didn’t even dream of a couple of years ago. And now it came true.

It was also a new experience for several reasons. First of all, this time the group of volunteers with whom we went were composed of both Hungarians and foreigners living in Hungary and it is certainly a different set-up. We had Farsi-speakers, we had talents of various genre and we were a group of people who didn’t know each other. Not all of us. And it turned out great. I had a chance to get to know them a little better. It is strange, but a day like this is not only about the refugees but also about the group of volunteers who go and help. And it is ok that it is like this.

As usual, we prepared a detailed program with all sorts of games, icebreakers and what not. And of course, again as usual, we did a small percent of the planned program. And we knew it will be like this, but because this is the way it is. Because you cannot know how many people are going to be in the camp, how many will want to join us, what will be the gender, age, etc. balance and so on and so forth. We had sport games as well as board games and handcrafting. We showed them Hungarian animation movies as well as listened to their music. We prepared oatmeal ball and made notebooks from coffee papers. It was engaging, intense and most of all, tiring. But it was definitely worth it. The only sad part is that we left and they just kept asking when we are going back. We don’t know, but hopefully soon… we will return. Until then the memory of this beautiful day will stay with us and with them. 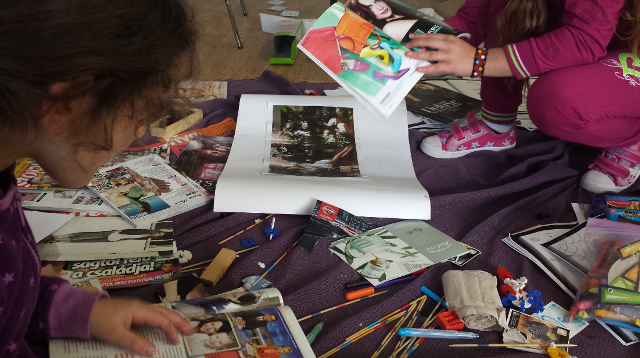 I volunteer a lot with refugees and in all sorts of organization dealing with intercultural sensitivity because I believe it is a key for making this world a better place to live in.