Our European Voluntary Service in Budapest

Initially, when I arrived in Budapest, the more complicated was the language. But I was very well received and we help me when I was struggling to understand.

The meeting with young of Pince was interesting, coming here, I had no idea how old they was, their problem and if I was going to communicate with them. And in the end, I discovered young full of energy and talent. The communication is always difficult but Giulia helps us a lot to bring to Hungarian.

Today after two week I'm happy because I can communicate better English, I was able to meet people and have a good discussion. For me the juggling convention was a great discovery, I did not know the circus world, and I was pleasantly surprised at the atmosphere and openness of the people.

It’s really interested me also I go to the next end of July in Italy. 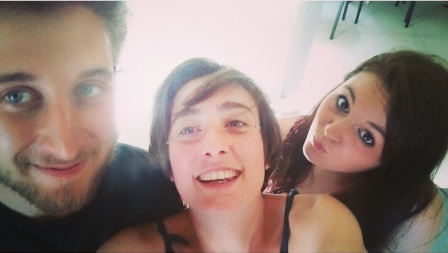 Arriving in Budapest I was full of excitement and anticipation at the prospect of discovering a new country and cultures. A little scared too, that of the unknown.

At first I found it almost impossible to communicate because my English was very limited and my level is nonexistent in Hungarian. After spending two weeks here I can understand and make myself understood in English which is really great. For the Hungarians I know the bare minimum but I am very happy! Budapest is a great city full of things to see and learn. Our work as a volunteer for Artemisszio is caring for young roma teenagers of a youth center. We participate in a festival around the circus for 4 days.

To my surprise I find is fantastic! I learned how to spin plates! I do not regret of choosing this project with Artemisszio!